Saturday 29 June was my daughter’s first birthday. It was a day I nearly didn’t get to see. Just a week after Hallie was born, I had to be carried into hospital by my dad. I had maternal sepsis, and if it hadn’t been for an early warning system used by the hospital, Hallie wouldn’t have a mum.

I had no idea what MEWS – the Maternal Early Warning System – was when I went in to hospital to give birth. But I now know that it saved my life. That’s why I want to tell people about what happened to me, to help support Healthcare Improvement Scotland as they encourage hospitals across the country to use MEWS.

I found out I was pregnant when I was 20. It was a bit of a shock at first, finding out I was going to have a baby, but once me and Dale, my boyfriend, got over it, we were fine.

The pregnancy was fine, but Hallie was two weeks overdue –  she had no intentions of coming out. When she finally arrived it was a great feeling, but she was purple, like a wee alien.

I never felt 100% after the birth, but I thought that was normal, I was tired, that was how every new mum felt. But a week later I started to feel really bad. Getting up was a struggle and I was in constant pain. I kept feeling hot and cold, like I had flu. Then I started being sick, sweating. I went to bed and woke up not knowing where I was. I dreamed I was in hospital. Now I know that when I dreamed that, I was actually in hospital.

I’d phoned my mum when I started feeling bad, because I basically started having a panic attack. She works at Monklands General, thought there was something more going on and wanted to take me to hospital. Dale said by this stage I was speaking slow and not really making sense. My dad drove me to hospital and had to carry me from the car as I was so weak and kept being sick.

When we got in there they put ice on me to cool me down but I told them I was too cold and started throwing it back at them. I kept hallucinating that Hallie was there, looking for her under the covers. Apparently my temperature went up to 41 degrees and then I just passed out. I don’t remember anything else. They told me later that if we’d been 10 minutes later I probably wouldn’t have made it.

Once they got me stable they put me in the high dependency unit. When I finally came round properly Dale was in the room and Love Island was on the telly. I can only remember bits of things. I remember my arms being covered in marks from the injections, and really aching. They put me in a mother and baby room and Dale bought Hallie in but I could barely lift her because my arms hurt so much – it was like trying to pick up a dead weight. I remember saying ‘I can’t deal with this anymore!’

When I was well enough they moved me to a maternity ward. I remember they did Hallie’s first hearing test on the ward so I could be there.  I later found out I’d only been in hospital a week. It felt much longer.

For a while afterwards I kept dreaming I was in hospital. I’d have nightmares and Dale would have to calm me down. Now I know it was panic attacks from the flashbacks I was having. Dale was able to explain what had happened to me and it helped me understand where it was all coming from.

Because I wasn’t fully aware of what was happening to me, it doesn’t affect me, day to day. But sometimes even now I think “that was scary”. In some ways it was a blessing that I didn’t know. Sepsis is an awful thing, but the fact the doctors and nurses were able to act so quickly when they saw the state I was in, that saved me – and it meant that Hallie still has her mum. Knowing the MEWS system they used to save me is going to be used across Scotland is great. The more doctors and nurses are able to recognise sepsis early, like they did in me, the more wee babies get to keep their mums.

Caitlin O’Neill is a mother of one and bowling alley manager from Larkhall.

Find out more about MEWS 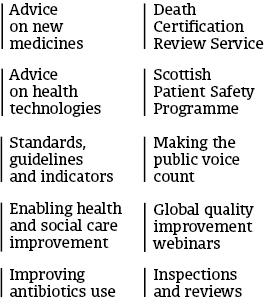